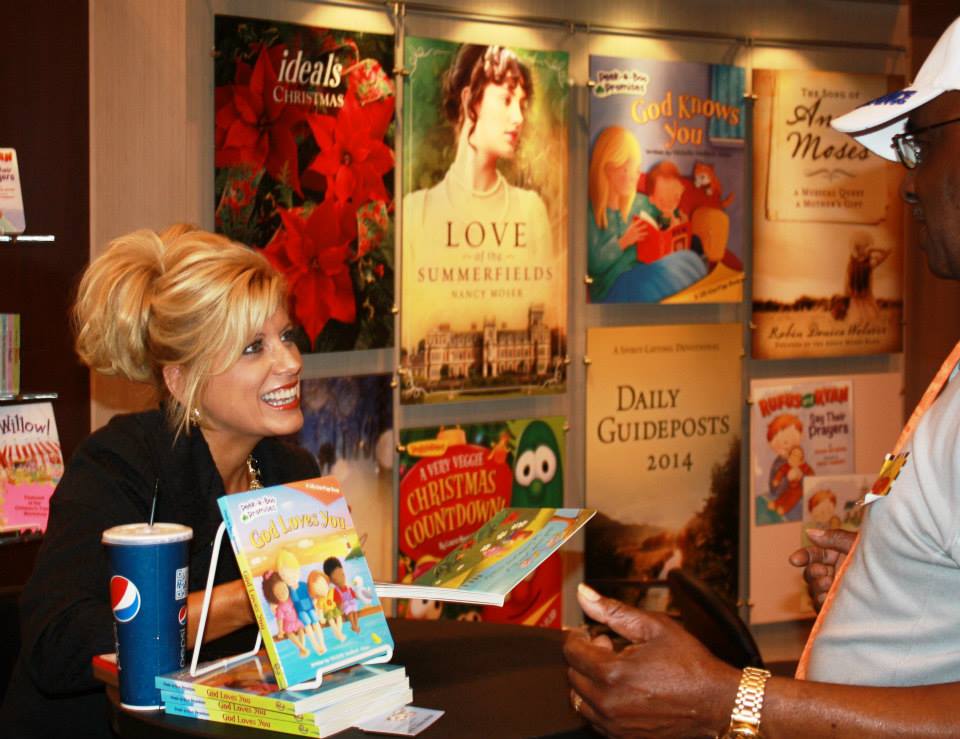 Just as I was finishing up my booksigning at the International Christian Retail Show (ICRS) in Orlando a few years ago, I noticed a woman waiting at the edge of the Guideposts booth.

“We just ran out of books,” I explained, as I walked over to her, “but I’d be happy to mail you a copy from my personal stash at home.”

“Oh that’s Ok,” she said. “I actually just want to talk to you.” I smiled but I was actually worried that maybe I’d met her previously and didn’t remember her. Just as I was about to ask if we’d met before, she took my face into her hands, looked me square in the eyes, and said, “Quit saying you’re not a speaker. Stop saying that you’re only a writer. Did God tell you that you’re only a writer and not a speaker?”

I shook my head no, trying to keep my composure. “Then stop saying it. Only say what God says. Let Him define you.”

With that, she removed her hands from my face, walked away, and I never saw her again.

How could she have known? I wondered.

Just the night before, in the privacy of our hotel room, I had said to my husband, “I think I’ll call my sister and see if she wants to speak at that women’s conference that invited me to keynote. After all, she’s the speaker in the family. I’m just a writer.”

I had planned to call that conference director when I returned home from ICRS and give her my sister’s contact information, but apparently God had other plans. It was a turning point in my journey. It was the day I stopped defining myself and started allowing God to define me.

I did call that conference director when I returned home but not to give her my sister’s information. Instead, I called her back and said, “Yes, I’ll do it.”

I can look back now and see that God was preparing me to be both a speaker and a writer—even as far back as my college days at Indiana University when I ended up minoring in Speech Communication. I thought I was just minoring in Speech because many of its requirements overlapped with my journalism major, but it was all a part of God’s plan for my life. He had been guiding my steps all along, and I am so thankful to be on this journey with Him.

So, how have you been defining yourself? Are you letting God define you or are you letting others tell you who you are and what you’re called to do?

It’s time to walk in the calling that God has for your life. If God is calling you to write a devotional for women, then go for it—even if you’ve only written fiction thus far in your writing journey. If God is prompting you to write a children’s book, then take a children’s writing workshop and follow that dream! Don’t let your insecurities or someone else’s opinions keep you in a box, limiting your vision and outreach. He has a plan for your life, and you’re going to love it!