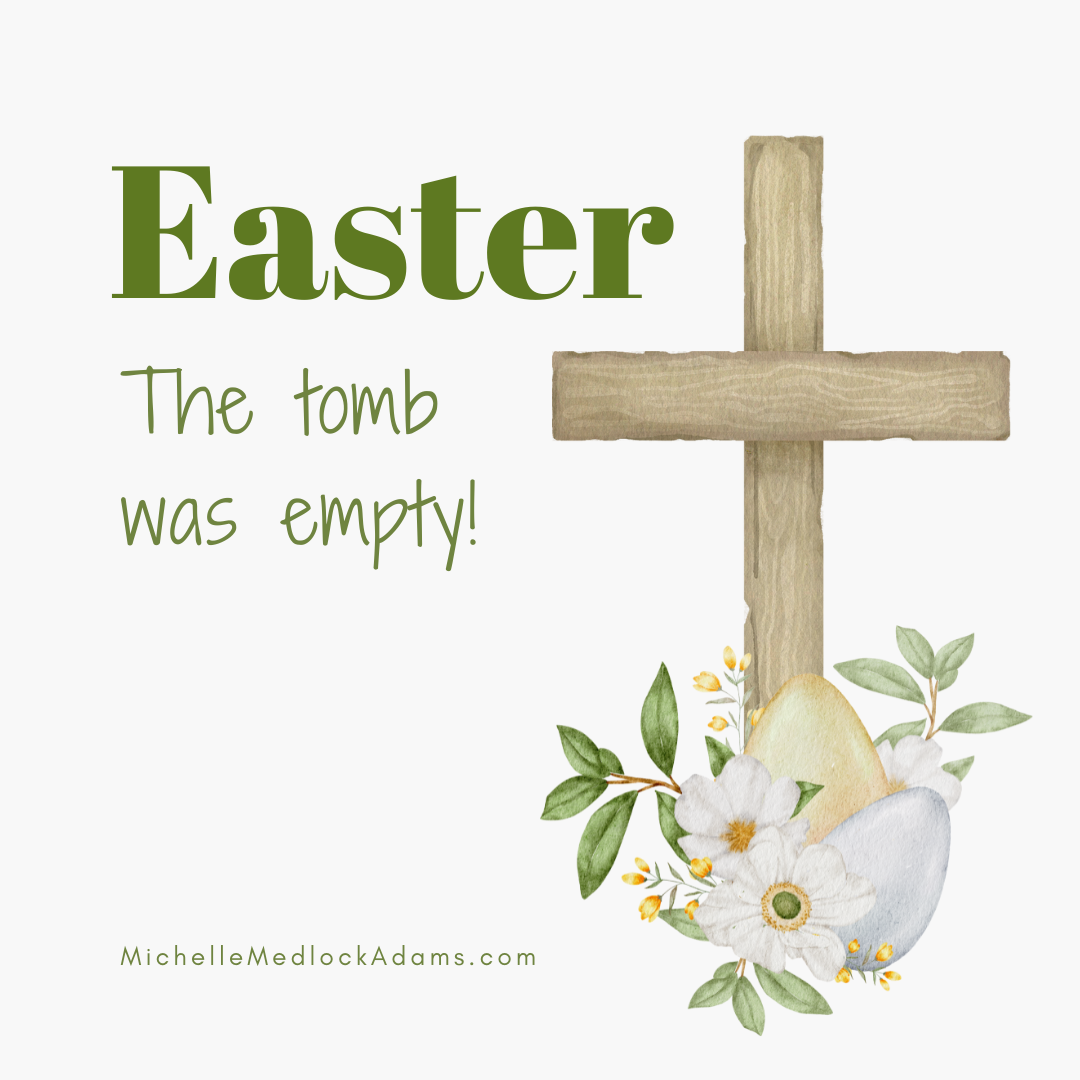 Recently while scrolling through Facebook, I ran across the best meme ever. Maybe you’ve seen it, too. It says, “Spoiler alert—the tomb was empty! Luke 24:24”

First, I smiled, and then all at once, I broke out in song: “He lives. He lives. Christ Jesus lives today…”

Year after year, we sing that old hymn on Easter Sunday, and I never tire of hearing our entire congregation belt out that Jesus lives! (You’re singing it right now, aren’t you?)

But seriously, He lives! Jesus died on a cross for our sins and then he rose again!

Easter truly is a time of jubilation, celebrating the single greatest miracle in the history of mankind—the resurrection of Jesus Christ!  I like what I once heard our pastor share. He said, “If the tomb was empty—and it was—then anything is possible!”

Do you believe that today? Maybe you’re having a hard time believing that anything is possible because you are in the midst of a storm, or you’re weary from fighting battle after battle, or you feel like God has forgotten about you and your dreams. I’m sure those who loved and followed Jesus 2,000 years ago didn’t think anything was possible after watching their beloved Savior suffer a terrible death at Calvary, only to be taken away and placed in a tomb. But they soon learned this important truth—a lot can happen in three days. Because on that third day, hallelujah, Jesus came out of the grave! Death had been swallowed up in victory (1 Corinthians 15:54)—praise the Lord! Because Jesus died for our sins and rose again, we can live eternally with Him in heaven. So, believe it! Anything and everything is possible with Jesus! Get your eyes off your problems and focus on that empty tomb today. Who knows? Your miracle might only be three days away…

Thank You so much for sending Your Son to die on Calvary for my sins. Help me to believe that anything is possible because You live—and because You live big in me. I love You, Lord.